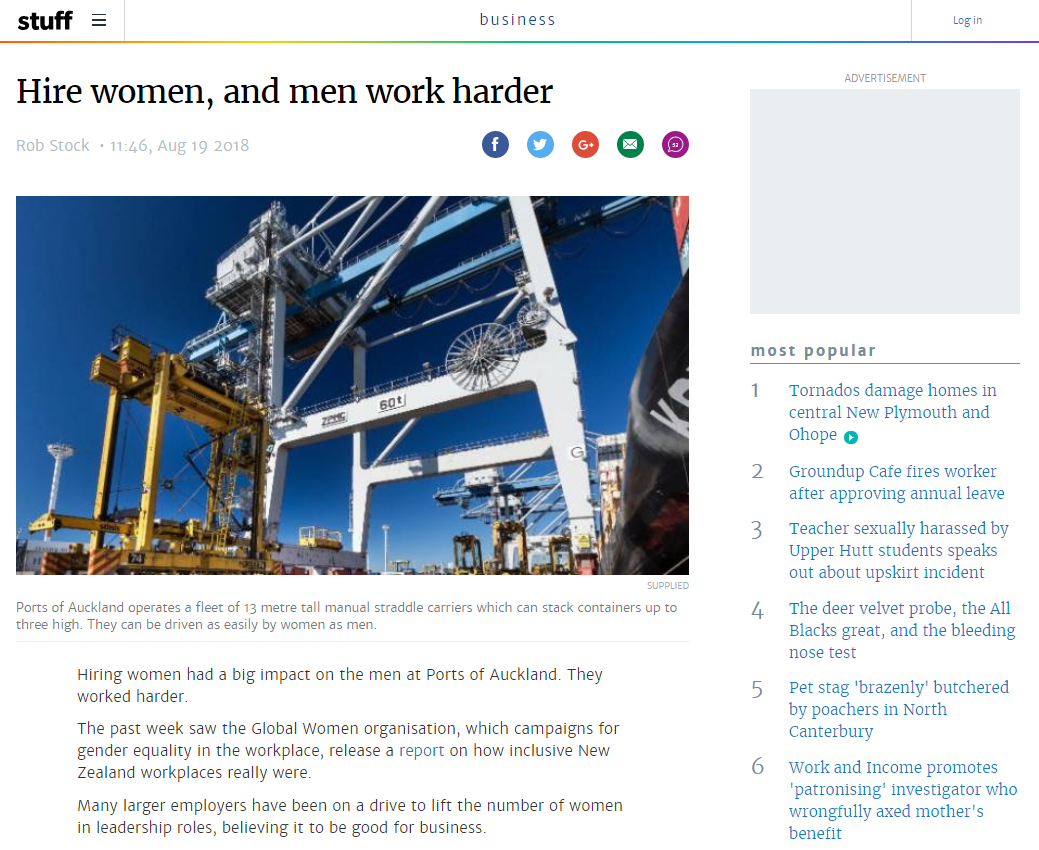 Hiring women had a big impact on the men at Ports of Auckland. They worked harder. The past week saw the Global Women organisation, which campaigns for gender equality in the workplace, release a report on how inclusive New Zealand workplaces really were. Many larger employers have been on a drive to lift the number of women in leadership roles, believing it to be good for business.

Diane Edwards, general manager for people, systems and technology at Ports of Auckland, believed hiring women was key to lifting productivity. Edwards was hired just before the great Ports of Auckland Strike of 2012, when management and workers clashed very publicly. “We were not making cost of capital,” Edwards said. “We had the lowest productivity in Australasia, and the culture was pretty toxic.” “It was not a nice place to work.”