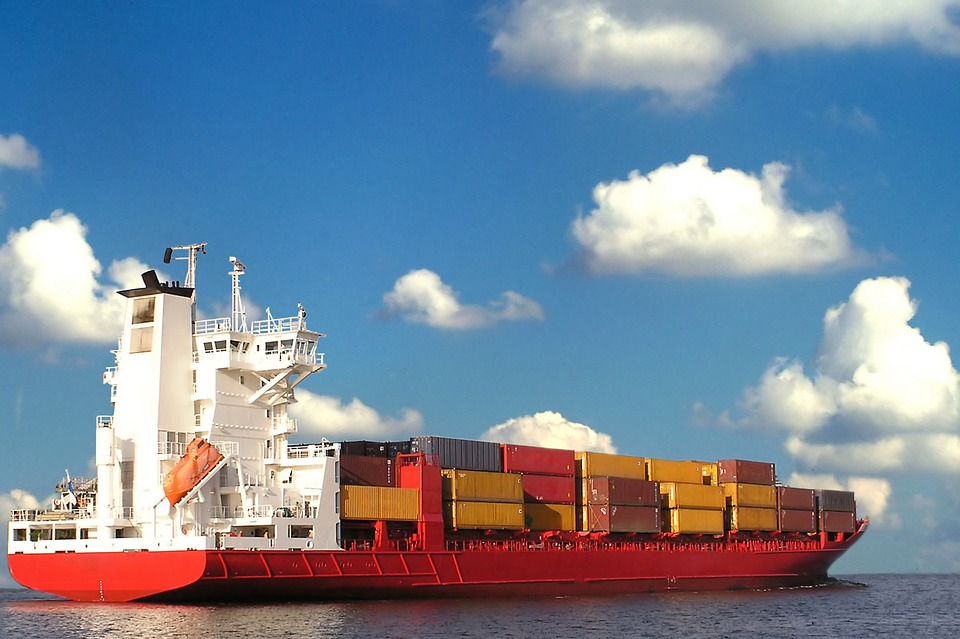 Britain is an island. Apart from the Channel Tunnel and air links, our main connection with the European mainland and beyond is by sea. Around 95% of all the goods we import and
export come through our ports, and the port sector directly contributes £1.7 billion to the UK economy. With Brexit fast approaching, our maritime links with the European mainland and
further afield will become more important than ever.

Yet up to now, there has not been a detailed study into how those ports, which are nearly all privately-owned, are connected to the rest of the transport network in Britain (the study refers
to this as “hinterland links”). A new study, Transport infrastructure for our global future: a study of England’s port connectivity, seeks to rectify this. Due to port policy being a devolved
matter, the study only looks at English ports.

Hinterland links are becoming more important because of:
► tighter logistics schedules due to ‘just in time’ deliveries, lower stock levels and quicker order times
► the rapid growth in container traffic
► bigger container vessels meaning more containers arrive in a port at once which causes peaks and congestion in hinterland networks
► consolidation of production and storage in few locations/routes for economies of scale
► longer duration maritime legs due to “slow steaming” meaning that the inland transport leg needs to be quick and reliable to keep to production and distribution schedules
► the changing proportion of costs between sea and inland transport – the latter becoming a bigger proportion (40-80%) due to economies of scale on the maritime leg.
This means the hinterland links of a supply chain now form a disproportionate part of their vulnerability to disruption and c ost, due to compressed timetables of modern logistics. On the
flip side, the fluidity of hinterland journeys can help the supply chain and avoid negative effects on productivity for freight operators and their customers. If the inland leg of the journey
does not run smoothly, it means the port does not provide as much benefit to the economy as it should.

Aim of the study

The aim of this study was to benchmark the current position as an evidence base and assess how current transport infrastructu re plans factor in port connectivity. The ultimate goal is to
give ports a higher profile in wider business and industry considerations.
This is more than just ports though. It is good to see the government taking a more holistic view of the transport network as a whole and particularly freight’s place within it. As the Study
says, “port connectivity is not just a port issue – it is about how effectively freight moves to and from our ports to meet the wider needs of the economy, businesses and consum ers.”

Importance of ports to the economy

There are some interesting facts and figures in the study. Around 95% of British trade in goods by weight were moved by sea in 2016, the rest by air, the Channel Tunnel, or pipe. That is
not too surprising, but did you know that 25% of UK energy is transported by sea or that there were 1.5 million vehicles expo rted from the UK in 2016? This shows how vital ports are to
the economy.

The study notes that there are clusters of industries, such as logistics, distribution, warehousing, heavy industry, manufact uring and internationally trading firms, operating on or near ports.
The retail and logistics sectors have port-centric distribution, where goods are processed near the port rather than travelling inland then processed. This clustering can have an
“agglomeration effect” where firms located close to one another can learn from each other.

The study also looked at how certain types of goods are moved from ports around the UK. It identifies various “connectivity corridors” showing how cars, containers (mainly containing
food and drink) and energy are carried around the UK from ports by road and rail. This to some extent aligns with the Strategic Development Corri dors in Transport for the North’s
Strategic Transport Plan (for more detail see our article, Transport for the North Publishes Strategic Transport Plan).

Chapter 3 of the study summarises the role that each transport mode – road, rail, inland waterways and coastal shipping – plays in the connectivity of English ports. 78% of goods are
moved by road, 8% by rail and 14% by water, with the River Thames accounting for 56% of all goods moved on inland waterways i n the UK. All English ports are connected either directly
to the Strategic Road Network (SRN) or to local roads which then link to the SRN. Only 18 have a direct and active rail conn ection to the national rail network; six others have a rail
connection which is not currently used for freight.

From an industry perspective, two key issues were data and forecasting; and technology and innovation. Stakeholders (the port industry, freight sector and parts of the wider supply chain,
including customers) felt that there needs to be more collection of freight data, specifically on end to end journeys recognising key economic and trade corridors. In particu lar, freight and
trade could be better recognised and considered in transport appraisal processes.
The study highlighted the need to consider how new technology, for instance big data and smart technology, would be utilised within the supply chain. This c ould have an effect not only
on port operations but also the wider transport network, both in terms of innovative approaches to exi sting business models or new demands.

The study concludes with seven recommendations, which seek to ensure freight connectivity to and from our major ports will be a catalyst for economic growth, trade, inward investment
and increased productivity – so that, in other words, the UK can continue to trade and grow economically after Brexit.
The vision is that port and freight connectivity is a default consideration in government economic policy and investment deci sions and that there is a joined-up approach, nationally and regionally, to ports and freight, with the common interests of the freight industry (including ports) and the wider supply ch ain (including customers) represented to government by the
industry. The seven recommendations support this. They boil down to: the different government and regional transport delivery bodies working together to ensure the needs of ports are
captured in future investment decisions; improving the evidence base for freight and ports; and raising the profile of ports generally.

Finally, Maritime 2050 is worth a mention. This is a new long-term strategy for the maritime industry that the Department for Transport (DfT) is developing. There was a Call for Evidence
earlier this year, which the DfT is now analysing. The DfT will ensure that the factors influencing port and freight connect ivity identified in the study will inform Maritime 2050 and that
technological change is fully captured.

A study of port connectivity is long overdue and we hope that it is just the start of the government taking a more holistic a pproach to transport planning, taking the needs of the freight and
logistics industry into consideration. We hope that ports will have a higher profile in future and their contribution to the economy will be recognised.
It is encouraging to see recognition of the role that technology will play in the growth in the UK maritime sector. Harnessing big data and smart technology to explore how freight is
transported by all modes will allow ports to unlock the opportunities, particularly against the backdrop of shifting internat ional trade patterns and changes to the way people and goods
move domestically and globally.